Hello everyone. Andrea Black here – the new Policy Director and Economist for the CTU.

Continuing the multidisciplinary approach started with Bill Rosenberg and his origins in mathematical psychology, I am coming to you following a career in policy, accounting and tax – including tax enforcement.

It is a delight to be returning to economics as a discipline.

My love of economics started in London in the 90’s reading Samuel Brittan in the Financial Times before lunch. Because reading the FT always counted as ‘work’ in the accounting team.

I was trying to understand what had caused the ERM recession I was living through as well as a confusion that – in New Zealand – the 1984 promise of my ECON 101 lecturer of ‘everything would be fixed in 18 months’ hadn’t happened.

Returning to New Zealand, pregnant with my first child, I proceeded to study economics part time while having and then raising two small children.

Coming into this job, I am amused to find I am unable to revisit the technical side of economics without the personal also coming back. This included the learning of the:

As well as finding that several of the underlying behavioural assumptions in principal/agent theory were the same ones I was trying to socialise out of my toddler.

From that study though I found that the ERM recession was caused by a reduction in the money supply – leftward shift in LM curve – to remove inflation with German reunification. And the 80’s reforms hadn’t fixed everything in 18 months because real people’s expectations are adaptive rather than rational.

My study also brought home the importance of capital – including human capital – to fully thrive in our economy. I know the term ‘capitalism’ is a bit of a give away. But what can I say – I am slow. But underlying all economics is real people and their lives. The greek letters that qualify any factor in a tricky formula ultimately come down to human behaviour.

And my time raising the next generation was probably the most socially productive thing I have done. Work that is not captured in any official metrics. (Although making large foreign companies pay tax would have to be up there.)

Also reflecting on that time of my life, I realise it was only possible because the housing market enabled four people to be supported on one income. True it was a professional income but increasingly the value in the New Zealand economy is being to transferred to the owners of land.

I no longer read Samuel Brittan.

I do read Michael Reddell, Jess Berenton-Shaw and Isabelle Sin. And while I am a member of the Labour Party, I never met a TOP policy I didn’t like. (The cat stuff was never TOP policy. Just Gareth.)

So why have I told you all this?

Because all analysis is coloured by our life experiences and those are mine. And now I commence a role that has ‘economist’ in its title and the production of the CTU’s monthly economics bulletin.

While we are committed to social justice generally, the CTU and the union movement’s part in the progressive ecosystem is on everyone who needs to sell their labour, and cannot rely on income from capital, to get by. As I get to grips with this role I will come back to this as a touchstone.

Also, as I am new, I am looking to unpack what success – or at least ‘not failure’ – looks like for everyone who goes to paid work every day, or wants to.

This is what I have come up with – so far. There is no particular science to any of it.

I agree it isn’t quite Give me bread, but also give me roses. But I am only nine days in – and inherently a technocrat – so bear with me. But I will treat it as a work in progress and hope to develop the theme as the months go by. 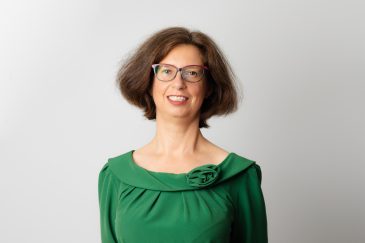