An income insurance scheme will better protect workers and incomes, increase the availability of skilled workers and help communities and industries during economic shocks and transitions, Minister of Finance Grant Robertson said.

Consultation is now open on the proposed New Zealand Income Insurance Scheme, jointly designed Government, Business New Zealand and the New Zealand Council of Trade Unions, which would see workers made redundant, laid off, or who have to stop working because of a health condition or disability, receive 80 percent of their usual salary for up to seven months, up to the current ACC cap. The proposal includes up to twelve months of support for re-training.

Grant Robertson said such a scheme was an enduring solution that would protect people and the economy after job losses, like those seen after crises like the Canterbury earthquakes and COVID-19.

“As New Zealand moves beyond the economic and social impacts of COVID-19, there are important lessons to be learned from the way we were able to support one another through an unprecedented series of challenges.

“During COVID-19, the Government protected livelihoods with the Wage Subsidy Scheme and Resurgence Support Payment. This was primarily done through keeping people in their existing jobs and supporting businesses most directly affected by the pandemic.

“We think it’s time for an enduring solution. Business NZ and the CTU jointly approached the government about this work, and we have progressed it through our tripartite Future of Work Forum. A range of Ministers and departments have contributed to the proposals alongside our social partners.

“Our proposed scheme provides economic security to individuals directly, and supports them to transition into a good, new job, as opposed to economic support packages which keep people in their existing job even if that role is no longer viable,” Grant Robertson said.

New Zealand Council of Trade Unions President Richard Wagstaff said the New Zealand Income Insurance Scheme is designed to give workers left without a job, through no fault of their own, a financial cushion. It is designed to cover many working arrangements, ensuring as many people as possible benefit from a fair and equitable scheme.

“Every year more than 100,000 Kiwis lose their jobs. The COVID-19 outbreak is a stark example, but widespread job losses have occurred all-too-frequently over the last 40 years.  As we rebuild the economy we have an opportunity to put better protections in place.

“A job loss often results in a significant income shock that can affect wellbeing and earnings, even when a person finds new work. That’s because finding a good job takes time. Many people accept lower-paid jobs that don’t match their skillset because of the financial pressure to get back to work quickly.

“A New Zealand Income Insurance scheme would give people the time and financial security to find a good, new job that matches their skills or to rehabilitate or retrain. A critical element of the proposal is that training opportunities and programmes are its core. This benefits everyone – with a tight labour market and demand for skilled workers, it is in the best interests of workers and businesses that people are employed in areas that make the greatest use of their skills.”

“Businesses lose out on important productivity gains because the current system doesn’t give people time to find work that matches the skills they have. Sectors facing critical skill shortages may miss out on key workers, simply because a vacancy wasn’t available in the few weeks a worker was looking for work.

“Loss of work can affect communities and whānau, especially communities reliant on a major employer. When these businesses shut down, workers have little money to spend, which means other businesses suffer and the community can go into a long-term economic decline lasting for generations. An income insurance scheme could cushion workers and communities from such abrupt income losses, allowing more time for regions and businesses to adapt.”

The key features of the proposed New Zealand Income Insurance Scheme are:

Grant Robertson said the proposed scheme was a significant change, and it was important as many interested people as possible had their say.

“Schemes like these are common across the developed world.  But we need to do what is right for our circumstances. It’s our view that it’s time for an enduring scheme solution for Aotearoa but we want to know what New Zealanders think of the proposal.”

The proposals are available at www.mbie.govt.nz/incomeinsurance. People can have their say by completing a short survey or providing a submission. Consultation closes on 26 April 2022 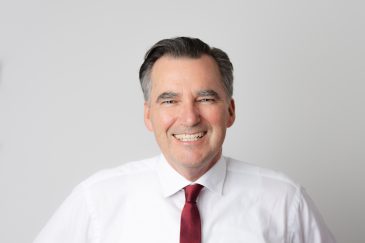