“FPAs ensure people are paid fairly for their work – they stop the race to the bottom by setting the minimum rates, terms and conditions which must be paid within an industry. However they still allow flexibility, people still have to negotiate their pay rates and conditions of work, but FPA’s mean there are minimum standards employers have to meet.

“New Zealand is one of the only countries in the world not to have some form of minimum awards like this. Australia’s modern awards system has been in operation for years and Australia’s wages continue to outstrip what Kiwi workers are getting.

“FPAs will improve the lives of many New Zealanders and their    families by lifting the wages of some of our lowest paid people for example in supermarkets, cleaners, security and early childhood centres. FPAs will actually support good employers by ensuring that they can’t be undercut by people looking to exploit low paid workers.

“It’s been critical workers on low wages that have got New Zealand through the pandemic. With the borders about the open and a skill shortage in many industries, its important we lift wages if we want to retain our workers here in New Zealand.

“Fair Pay Agreements will help our economy and they’ll put more money in the pockets of working people. They are an idea whose time has come,” says Richard Wagstaff. 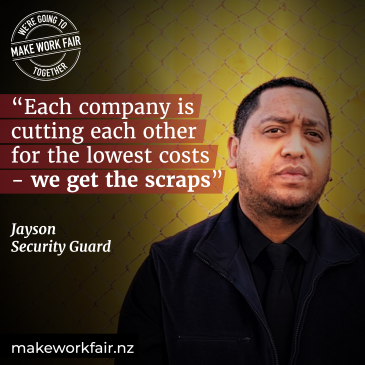