The Council of Trade Unions today welcomed the Government announcement that Kiwirail would retain 15 electric engines on the Northern Trunk Line between Hamilton and Palmerston North. Secretary Sam Huggard said that it was a perfect example of ‘Just Transition’ thinking, to protect good jobs and public services in a low – carbon economy.

“Climate campaigners and unionists have all been pushing for this forward – thinking move. We can upgrade the good electric engines we already have using local skills, rather than import diesel engines from overseas. We don’t have time, or room for short-term decisions or backwards steps that aren’t future-proofed – the world is moving to a net-zero emissions standard, and New Zealand has to move with the times too.”

“The Government’s decision today is not only a demonstration of their commitment to campaign promises, but an example of how we can benefit regional economies and working people in New Zealand, while protecting our environment. The concept of a Just Transition to a sustainable economy has been well-defined in the union movement for a long time now. Ministers providing yet more concrete examples of a Just Transition in practice will give working people confidence in our low-carbon future.” 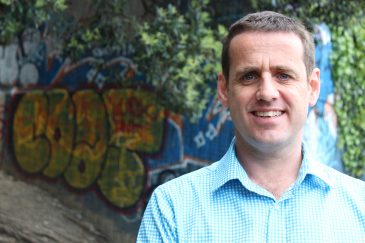