After decades of working Kiwi’s incomes declining relative to the slice of income taken by shareholders, the Government has announced a plan that will help catch wages up, said Council of Trade Unions President Richard Wagstaff.

“The historic increase to the minimum wage from the 1st of April next year will in real terms mean shoes on the feet and bread on the tables of the people in New Zealand who have really been doing it tough,” Wagstaff said.

“Often it is people with young families, high rents, transport costs and extremely long hours, particularly women, who are scraping by on the bare minimum. Most people in New Zealand are appalled at the development of the ‘working poor’ – those who are doing everything to keep afloat, but the minimum wage has simply been too low to sustain a dignified life in the face of rising costs.”

“We can’t keep simply watching in horror every holiday season when families are working shifts, but living in cars and on food parcels. The Government has made the only right move by these working people to lay out a clear plan that lifts minimum wages, as set out in the coalition agreement between the Labour Party and New Zealand First.”

“Today’s increase steps towards a Living Wage – annually calculated as a fair rate of pay that provides a healthy life and the ability to participate in our society. The Coalition Government has a strong agenda, with a mandate from working people to lift wages and incomes across the board over the next two years, including by lifting those receiving the very least.”

“Coming at Christmas, the announcement will be a huge relief for so many struggling people working out how they will make rent and juggle work and unpaid responsibilities next year. It is particularly heartening to see that there are further planned increases through to 2021 to provide certainty about minimum wages in the future. Unions will continue pushing for a fair Living Wage for all working people – our vision is a country where being in paid work allows everyone to enjoy a decent and dignified quality of life.” 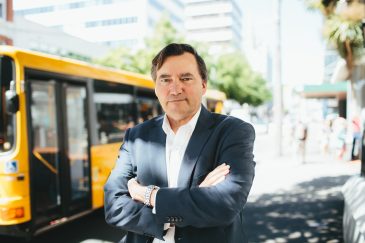