“Tuesday 8th March is International Women’s Day in New Zealand, and this year marks the 50th Anniversary of the Equal Pay Act 1972.

“We celebrate being the first country in the world where women won the vote in 1893. In 1999 we elected our first Female Prime Minister, and in 2001 the Governor General, Prime Minister, and Chief Justice were all female. This year Zoi Sadowski-Synnott claimed New Zealand’s first ever gold medal at the Winter Olympics.  On International Women’s Day the CTU is calling for New Zealand to take another step forward for gender equality, by ending the gender pay gap.

“The gender pay gap is not only unfair, but it also has long term impacts on the lives of women across New Zealand. Lower pay translates into lower Kiwisaver balances, with evidence showing that women have 22% lower Kiwisaver savings than men.

“The CTU is calling on the government and employers to do more to truly close this gap. Pay equity claims have been made in the public sector, and these should be addressed as a matter of urgency by the government.

“Pay equity should be extended to the private sector so that all workers can receive the equal pay they deserve. Finally, we are backing the call of the Equal Opportunities Commissioner Saunoamaali’i Karanina Sumeo for the introduction of a pay transparency mechanism to ensure that government and businesses uphold their domestic and international human rights commitments and employment law obligations. 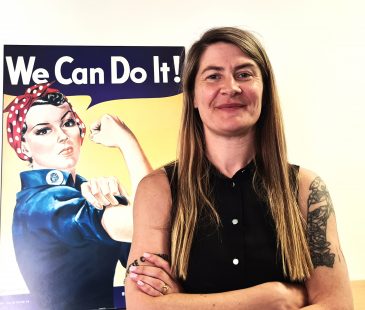