Unions representing 320,000 Kiwi workers have strongly endorsed the right of the people of West Papua to self-determination.

Vanuatu, Solomon Islands, Tonga, Tuvalu, Nauru, Palau and the Marshall Islands are seeking to re-list West Papua with the UN Decolonisation Committee at its vote later this month.

NZCTU Secretary Sam Huggard said that West Papuans must have the right to self-determination.

“The 1962 New York Agreement has never been implemented.  It gave the right for the people of West Papua to determine their future.  Instead they have lived under Indonesian government repression.”

“Last Thursday, the national council of affiliates of the NZCTU voted to add their weight to growing international calls for self-determination for West Papua.  It follows the signing in 2016 by 11 Members of the New Zealand Parliament from 4 different parties of a declaration in support of independence for West Papua that other Parliamentarians globally have signed.  The whole world is watching.”

“We call on other Pacific Island heads of state to join the 7 countries pushing to re-list West Papua with the UN Decolonisation Committee,” Sam Huggard said.

THAT the New Zealand Council of Trade Unions Te Kauae Kaimahi declares its support for the right to self-determination for the people of West Papua, and urge all governments including New Zealand to support an independent and internationally supervised vote. 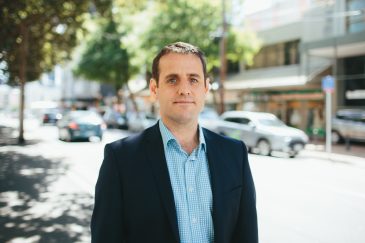