The New Zealand Council of Trade Unions acknowledges the passing of Ken Douglas and the huge legacy he left within the union movement.

Ken Douglas was the inaugural president of the NZCTU from 1987 to 1999. He also had a significant impact on the international trade union movement, holding key international positions at the ICFTU in the region.

“Ken was a towering figure, who commanded enormous respect for his commitment to the trade union movement and the principle of worker solidarity.”

“Ken was Secretary of the Federation of Labour, before becoming President of the NZ Council of Trade Unions during an extremely challenging period – and he always championed the interests of working people throughout his work.”

“He not afraid of debate, or new ideas during his time as CTU President, and he encouraged affiliates to take a strategic and planned approach.”

“After he retired from the NZCTU, Ken went on to hold several governance positions in both the NZ private and public sector.”

“We send our deepest sympathy to Ken’s family.” 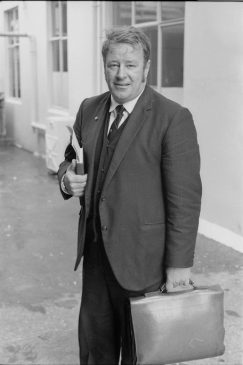