National Leader Christopher Luxon’s speech today proposed an economic agenda that is out of touch and would only boost debt, pump up inflation and make it harder for middle income and working New Zealanders to get ahead, says CTU Chief Economist Craig Renney.

The speech highlighted that National’s proposed tax cuts would simply put money in the pockets of the top 3% of income earners in New Zealand, would make the housing crisis worse, and would add fuel to already challenging inflationary pressures.

“The latest data from IRD shows that removing the 39% tax bracket would benefit only the top 3% of income taxpayers. However, it would gift those lucky few with more than $2bn across the next few years according to IRD estimates. The inequity involved in providing those at the top with yet higher incomes, whilst being unable to agree on a Minimum Wage increase is startling. Especially as those with the highest incomes have faced a much lower rate of inflation over the past ten years.

“The suggested changes to the taxation of housing show that National has no plan for how to tackle the housing crisis except to make it worse. Removing recently introduced changes such as the bright-line extension and interest-rate deductibility will simply give property investors greater ability to buy housing at the expense of first home buyers. It will add more money into an already overheated market.

“These tax cuts will be hugely expensive, costing roughly $3 billion – blowing out the debt and deficit and only further ramping up inflation.

“Mr. Luxon hasn’t provided any analysis within his speech to show how his proposed grab-bag of cuts will lead to lower inflation. Nor has he shown what would be cut to pay for it. Either he doesn’t know or he doesn’t want New Zealanders to know. Either should have us worried. Cutting investment in the critical public services that we all relied upon during COVID-19 to pay for a tax cut for the wealthiest New Zealanders would be an act of economic self-harm.

“If delivered, the policies set out in the speech would make inflation worse, would make the housing crisis worse, and weaken our ability to rebuild public services after decades of underinvestment. The costs would be borne by Kiwi’s who need hospitals, schools and homes, and who would pay in the pocket for these misguided policies,” says Craig Renney. 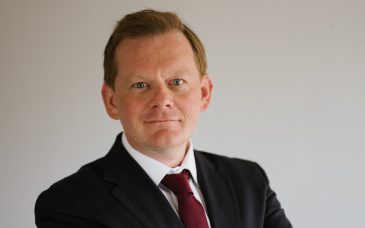