A strengthened relationship between the national representatives of Māori workers and the trade union movement has been marked in Wellington today.

Leadership of the trade union movement have this morning signed Te Takawaenga relationship accord at the Biennial Conference of the Council of Trade Unions Te Kauae Kaimahi, which got underway at the Michael Fowler Centre this morning.

This saw the endorsement of Te Takawaenga at meetings of the two groups in late August and early September and a recognition also of the precursor document Te Ture Whakawhanaungatanga, which came into effect in 2006.

CTU National Secretary Sam Huggard says “Te Takawaenga guides our collective efforts. I am excited by the benefits that a stronger Tiriti relationship will bring for our work in advocating for working people, particularly as we reach out to work with iwi and hapu on matters of mutual interest.” 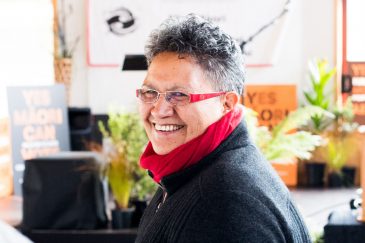