The Council of Trade Unions says that it wants to see a new approach to trade and investment developed that works better for working people, and it remains concerned with aspects of the TPPA that the Government inherited from the previous administration.

CTU Secretary Sam Huggard says “Last week I met with Members of the European Parliament on the proposed EU – NZ free trade agreement. We are encouraged that this agreement will likely have greater transparency, an improved approach to labour and environmental standards and no Investor State Dispute Settlement (ISDS) scheme.”

“We still have concerns with trade and investment agreements generally. A key outstanding issue for us is the need to protect the Government’s ability to both regulate in the national interest, without question, and to apply preference for local firms to ‘Buy Kiwi Made’ and set higher standards and conditions in procurement such as ensuring tender winners pay a living wage.”

“The CTU has never supported the TPPA. It is an agreement that is structurally biased towards commercial interests. The needs of commerce come first, and other vital matters that concern our community come second: among them the needs for health, safety, human rights including democratic and labour rights, the environment, cultural values and economic development.”

“We want to work with government on a new deal for trade that works better for communities and working people not just global capital. The proposed EU – NZ agreement is a good place to start. We also applaud the incoming Government’s directive to negotiators that ISDS shall not feature in future agreements and we acknowledge attempts underway this week to avoid ISDS in the TPPA.” 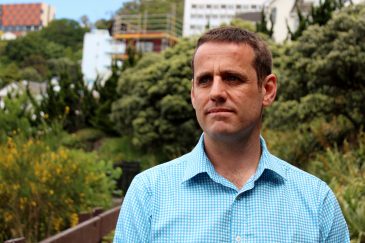