Unions and working people across Aotearoa New Zealand are celebrating the progress of the Fair Pay Agreements Bill ahead of its second reading today.

“We need to introduce a new industry floor – like most other countries have. We need to protect
working people from being pitted against each other. Businesses in New Zealand are addicted to cheap labour and addicted to a business model that harms workers.

“That is about to change.”

Workplace Relations Minister Michael Wood said Fair Pay Agreements were about valuing the work that people do in Aotearoa.

“Everything that’s produced in country – it requires the employer and employee to come together. It is only fair that workers are at the table in this discussion.”

Speaking to the workers at the event, Wood said “we need to ensure that what you do is once again valued. We’re turning back on 30 years of people being left out of the system.”

Working people from various unions spoke about how this Bill would change their lives.

Fast-food worker and Unite union member Henry Stephenson said his day-to-day life was about
surviving a race to the bottom.

“Long hours for low pay do not produce happy or productive members of society.”

“I believe FPAs will reset a lot of the industry issues that we face.”

ECE teacher and NZEI member Catherine Vaughan said an FPA was desperately needed in her sector.

“This crisis directly affects our tamariki. We all deserve to be valued equally. FPAs will help make this a reality.”

“As shift workers we need downtime, and time with our families. Overwork becomes a safety issue for bus drivers.”

The Fair Pay Agreement Bill is expected to pass its second reading in Parliament this afternoon. 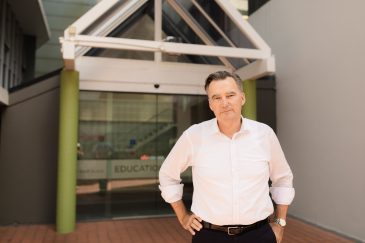