Council of Trade Unions (CTU) Economist Bill Rosenberg applauded the new approach to Government Budgets, as described in the Budget Policy Statement this afternoon, for taking into account the wellbeing of working people and their families.

“Fiscal responsibility is much more than balancing the financial position of the Government,” he said. “There is no point in having a balanced Budget in a society that is out of balance. The Government’s objectives for the 2019 Budget include neglected social issues including mental health and child poverty. Unions congratulate the Government for actively choosing to improve outcomes for Māori and Pacific people, and moving towards an environmentally sustainable economy while supporting working people through the future of climate change, technology and globalisation.”

“However, the allowance for new spending of $2.4 billion per year needs to be revised if real inroads are to be made. We are pleased to have confirmation by the Minister of Finance that the Budget Responsibility Rules, which hamstring spending on real needs, will be revised after the next election.”

“The Government’s forecasts show spending falling as a proportion of Gross Domestic Product over the period to 2023 despite growing revenue from taxes. The Government’s debt level is already low. It is time to devote the growing surplus to the increasingly urgent needs it has prioritised, and the many more that need attention such as restoring public services from areas as diverse as vehicle safety inspections to immigration and labour inspectors.”

“We welcome the forecasts for strengthening wage growth, with real hourly wages forecast to grow faster than over the previous 9 years. Wage and salary earners deserve to see a fairer share of the income they create, after receiving a falling share of New Zealand’s total income over the last few decades, including the last 9 years. A fairer share for working people relies on the Government further improving employment law and raising the minimum wage.”

“The Government has recommitted to improving our health, housing, incomes and New Zealander’s in-work skills. This is alongside guiding and resourcing a Just Transition to a sustainable and fair economy. That is all good work that needs doing.”

“In the near future, if we want to provide the same level of public services and support to Kiwis that we enjoy now, or improve our schools, hospitals, roads and social safety net, it is inescapable that we will need to increase the Government’s income,” CTU Secretary Sam Huggard said.

“We have already commissioned independent research into Kiwi’s attitudes to tax, as well as more recently surveying union members and supporters through www.together.org.nz. The results show strong and consistent preferences for strengthening overall tax take, and a clear mandate for how to do it.”

“We are today releasing our submission to the Tax Working Group on its interim report, as well as the Together.org survey results provided to the Working Group at the same time.”

“Seventy four percent of union members and supporters who took the survey supported a capital gains tax that excluded the family home, and seventy six percent supported adding a higher income tax bracket. Over eighty percent supported taxing polluting businesses, and a tax free personal income threshold. Cracking down on multi-national tax avoidance has consistently high support, with over 90 percent of respondents strongly agreeing this needs attention. The Government should feel emboldened that the average New Zealander wants them to do more to make our economy fair and work better for us all.”

The Council of Trade Unions held a survey on www.together.org.nz on attitudes towards taxation for a week from the 25th of October, which engaged a total of 767 people. The survey was open to anyone, and complimented earlier independent market research undertaken by UMR, also presented to the Tax Working Group.

The CTU submission to the Tax Working Group of the 31st of October is available here. 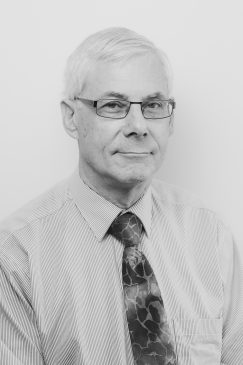