Working people are bearing the brunt of the cost-of-living crisis with a record three out of four saying their incomes cannot keep up with inflation according to the Council of Trade Union’s fifth annual Mood of the Workforce Survey.

CTU Secretary Melissa Ansell-Bridges said the results of the survey raised real concerns about who was paying the price for inflation. “It’s clear that people are hurting and we’re really worried that the traditional policy response of raising the OCR and reducing government spending is only hurting them more.”

Many of the respondents to the survey said they were struggling to get by:

“The cost of living can’t be sustained. We’re getting less and less for our money. We are not able to afford some of the basic necessities now, and our children are missing out.” – survey respondent

“Everything is more expensive, not just food & groceries. It makes resilience even more uncertain as it wouldn’t take much to derail me financially. It’s incredibly hard to plan for retirement or save for emergencies, and as a single woman I feel I’m just going to get whomped” – survey respondent

Nearly 60% of respondents cited rising grocery prices as the biggest pressure on their budgets followed by mortgage and rent (17%) and transport (8%). A majority (61%) believed higher wages were the key to helping them deal with inflation and only 16% thought tax cuts would help.

“The cost-of-living crisis is the result of decades-long poor economic settings ranging from a refusal to limit rents and curb property speculation, a dependence on imported oil, a refusal to regulate the supermarket duopoly, through to a failure to invest in developing workforce skills,” said Ansell-Bridges

“We’re not in an inflation crisis because too many people got pay rises, unemployment dropped, or the Government massively boosted social services. But the solutions being touted are all about cutting real pay, axing jobs, and reducing public services rather than dealing with the actual drivers of inflation. It’s wrong.

“New Zealand needs to address the real structural issues that have led to this cost-of-living crisis rather than continue to expect working people to pick up the tab. Business as usual destroys communities and kneecaps our economy.

“We’re proposing a long-term solution – the Inflation and Incomes Act – that starts to look at other options to intervene in the economy to fix inflation that will result in better social and economic outcomes.

“There’s no doubt the cost-of-living crisis is going to be a huge election year issue and who actually pays the price for fixing it is the most important question we need to ask ourselves.”

The survey was conducted between January 3 and January 11, 2023 and had more than 1870 responses. 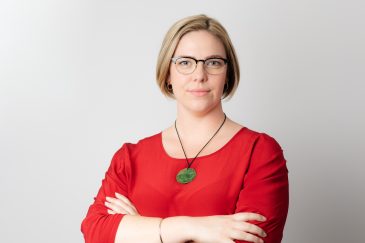